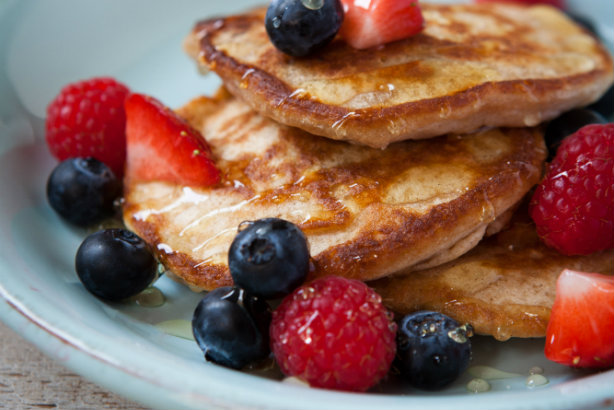 The whole family will love these pancakes – and not just for breakfast. They also make a lovely snack served just as they are or warmed through in a toaster. It’s tempting to slather them with butter, but resist or your calorie count will go through the roof!