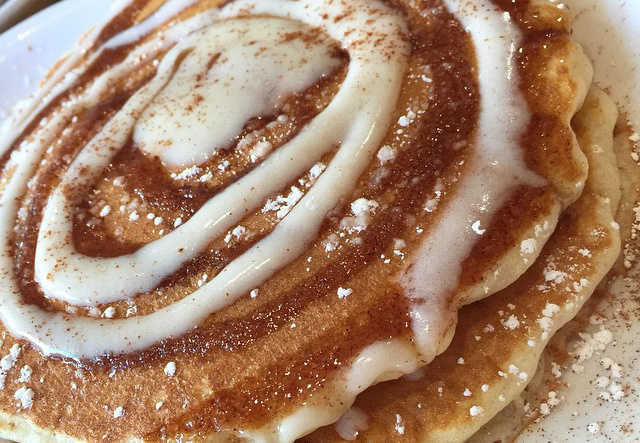 Everyone craves a decadent morning treat every now and then. Students want something impressive that does not take a lot of time and effort. One breakfast that encompasses both of these qualities is pancakes. The thing is, they can get boring after a while. Rather than giving up on them, transform the basic pancake into something special. A great option that does just that are cinnamon swirl pancakes. They look amazing and taste even better. All you need is a box of instant whole wheat pancake mix and a few other ingredients to create that signature cinnamon swirl.

You are going to obsess over these pancakes. Every bite is so decadent, sweet and delicious! This recipe would be great to make on a Saturday morning after a busy week. You can sleep in, make a stack of pancakes and then do some studying later on. No matter when you choose to make them, cinnamon swirl pancakes will make you day. For those that choose to cook only 1 serving, save the rest of the cinnamon swirl mix for later use. You can just keep it in the fridge. It works really well in muffins too.