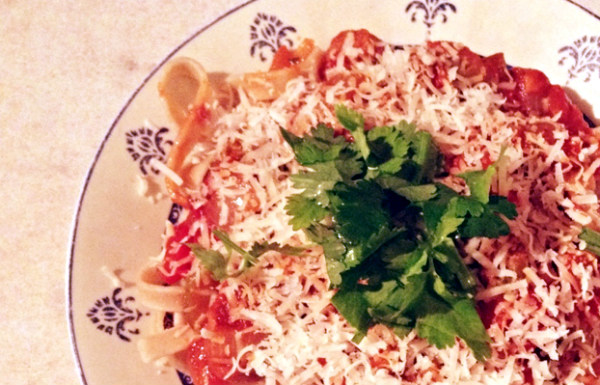 This pasta dish is a tantalising combination of prawns, sausages, colourful peppers, and garlic served over spaghetti.

To serve, place tagliatelle on a warmed plate and spoon the sauce over before sprinkling with parmesan and coriander.